This Comic Has Moved!

To a much better and easier to navigate comic site! Go check it out!

New Page updated today!
Posted by Editor at 22:05 No comments: 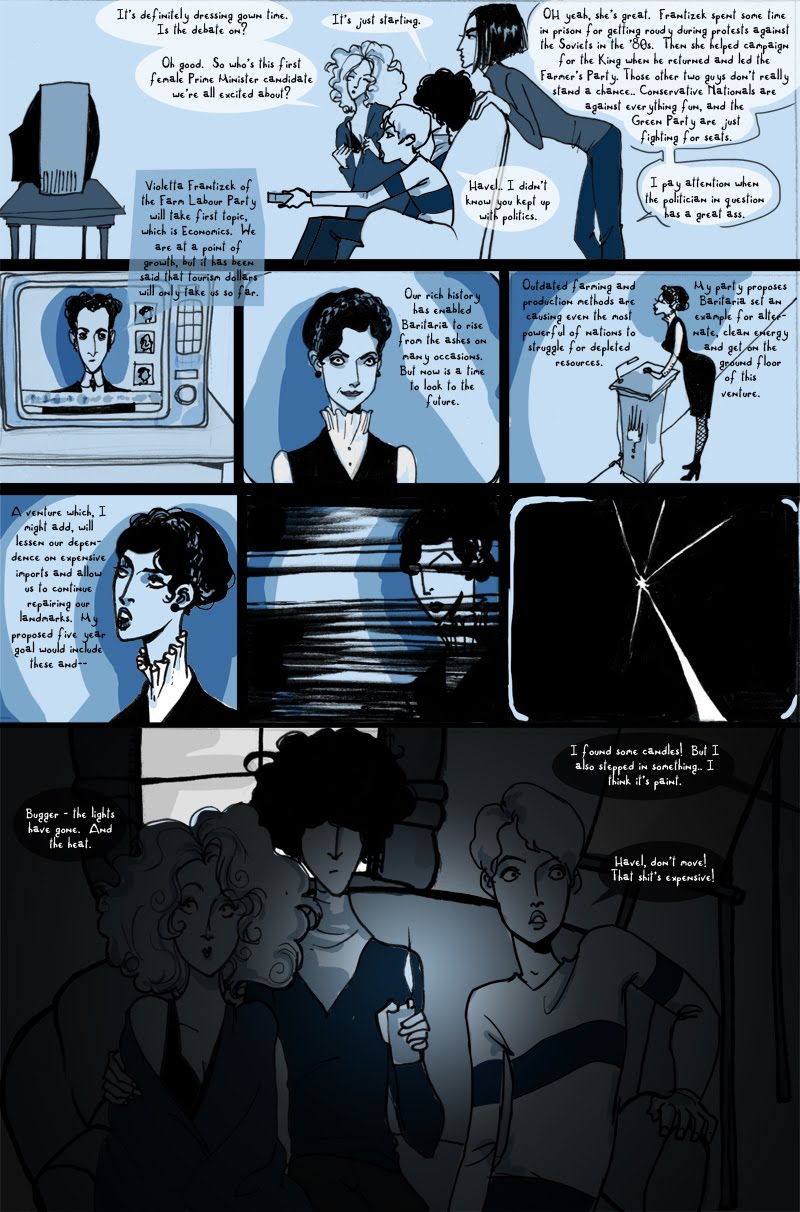 First off, my apologies for not finishing up the next page for the last two Mondays.. I have been sick, and also up to my eyebrows in MoCCA fest NYC preparations! Our printed versions of the first Baritaria comics arrived today and look gorgeous! 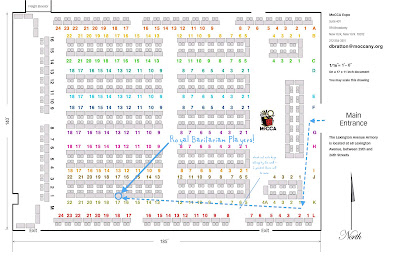 Come and see us! We got comics for you! And if you ask nicely, maybe we'll draw you some hipster superheroes or something. 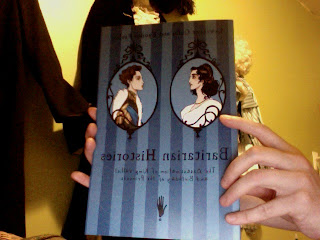 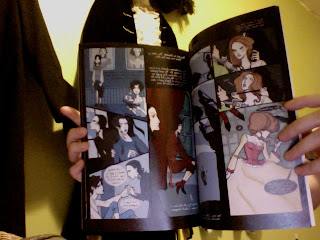 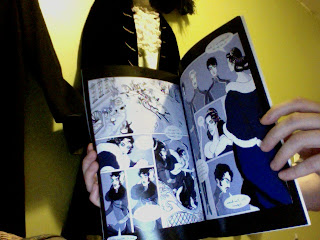 Apologies for the delay, everyone! Enjoy! 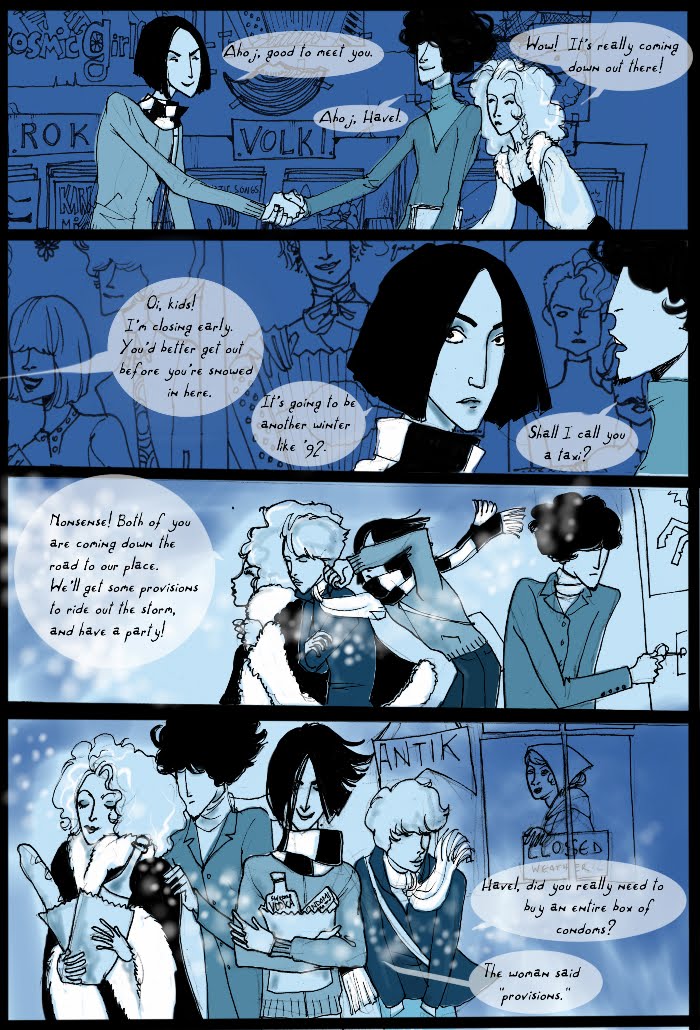 Off to the Printers! (comic page update coming Monday)

Aside from being occupied sending out First Ever Printed Baritaria Run to the printers, we are also experiencing technical difficulties. Those difficulties involve but are not limited to... having to buy photoshop... I know, embarrassing reason. But we'll put it right soon.
You know what helps? All the AWESOME backers we've had to our Kickstarter project! We have the funds to do our first run and rent our table at MoCCA. Please come and see us in April and take a look at our comics!

Just so this isn't a terribly dull text only update, here are some of the doodles I've done to encourage our awesome supporters on Kickstarter. 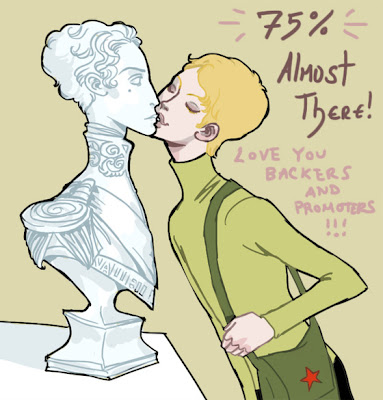 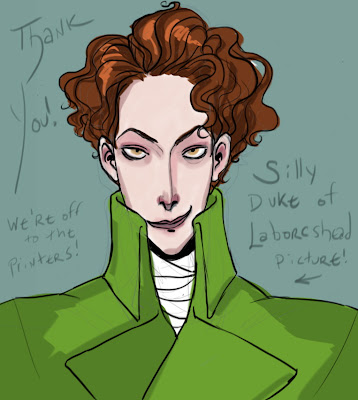 Hey kids, sorry the post is a little late. First order of business: thanks to all of you lovelies, we have reached our goal on Kickstarter! You are more than welcome to donate still if you would like us to print more Baritarian Boy merch and get your hands on your very own copy of the comic, or some buttons, bookmarks or greeting cards and have us reserve a very special place for you in our evil little hearts.

Now, I'm sorry to say that this week's update, aside from being late is also not a new comic page. We were too busy finishing up the comic and putting it all together to send to the printer. However, I think you might enjoy this. 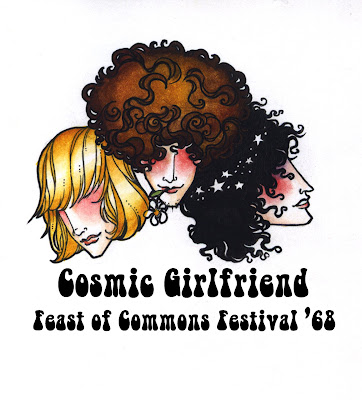 Cosmic Girlfriend are a three man musical band which formed in reaction to the political and cultural repression of Soviet rule in Baritaria in the 1960s. It consisted of Jan, the blond drummer, Mikolas, brunette lead singer and guitarist, and Jonas, who played a variety of folk and rock instruments, most popularly the pan pipes. Cosmic Girlfriend did not set out to prove anything in particular or to stand up to The Man. They were just a bunch of long-haired kids who really loved the folk culture and music of their native Baritaria and the smuggled rock'n'roll imports of the west, and really wanted to marry the two. They played their music in public parks until the police would chase them away. One of their first big (though secret) gigs was hosted by the radical owner of the Kriva Kon record shop, which by day operated as a pub. None of this, however, was very popular with the Communist leaders then in charge of the country, and the band, which was little by little gaining popularity with the younger generation, became a political scapegoat. Aware of the fact, Cosmic Girlfriend were not particularly intimidated by it. In 1968, they did something that landed them behind bars for the first time - they organized a music festival on the Feast of Commons. The Feast of Commons, Baritaria's national harvest festival, was outlawed by Communist regime as too pagan, bourgeois and nationalistic all at once. Cosmic Girlfriend and a number of different bands mobilized the youth of Stendhalstadt and took over the Wenceslaus Park in a flash mob on the day of the Feast of Commons and hosted an impromptu folk and rock music festival, celebrating the spirit of freedom and national identity. Though no celebration of the Feast of Commons was successful again until Baritaria's independence from the Soviet Union in the 1980s, because of the events of 1968, music festivals became a standard fixture of the holiday.

Cosmic Girlfriend are still together and making music. Jan, the drummer, has passed away from old age and a young woman, Nina, has joined the band.

Baritarian Boy is printing its first run of comics - Baritaria Histories! Spread the word and watch our preview video! 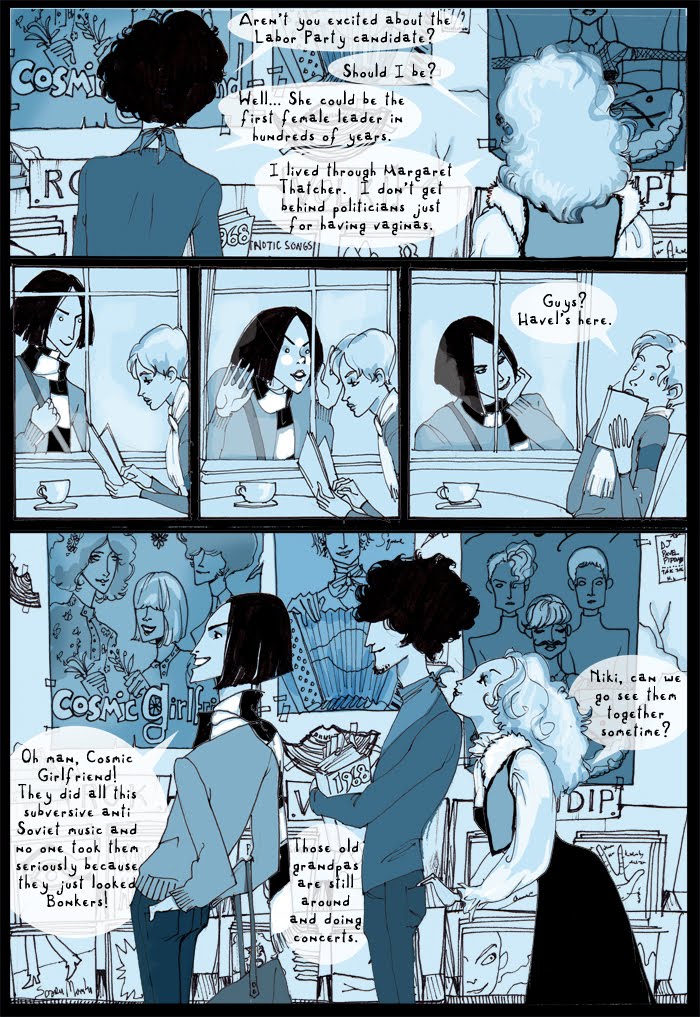